It shows a silvery naked everywoman figure emerging free and defiantly from a swirling mingle of female forms and, thanks to a 10-year slog of fundraising, is the world’s only memorial sculpture to a woman known as the “mother of feminism”.

“It will definitely start a conversation,” said the writer Bee Rowlatt, who has led the campaign to get a sculpture celebrating Mary Wollstonecraft in Newington Green, north London. “It will definitely promote comment and debate and that’s good, that’s what Mary did all her life.”

A Sculpture for Mary Wollstonecraft has been made by one of Britain’s most important and sometimes controversial artists, Maggi Hambling. It personifies a spirit, she hopes, and is a clear contrast to the countless sculptures of stuffy men placed on lofty pedestals.

The unveiling on Tuesday follows 10 years of trying to raise the £143,000 required to achieve it. “We’re volunteers doing it in our spare time … It has been a community effort.”

The campaign was launched in 2010 by volunteers keen to have Wollstonecraft’s legacy remembered close to where she lived and worked, setting up a girl’s boarding school in Newington Green, aged 25.

Rowlatt recalled a decade ago becoming “fixated” on why Wollstonecraft wasn’t better known and what could be done to make her place in the canon more secure.

“People haven’t heard of Mary Wollstonecraft and when you discover more about her, that is actually quite astonishing.”

Wollstonecraft was an important philosopher and educationalist best known for A Vindication of the Rights of Woman, published in 1792. But her reputation was “annihilated” by misogyny, said Rowlatt.

“Her enemies took aspects of her life and turned them against her … so the fact that she had a child out of wedlock, that she tried to take her own life. They used this to completely smear her reputation to the point where she basically vanished for the best part of a century. 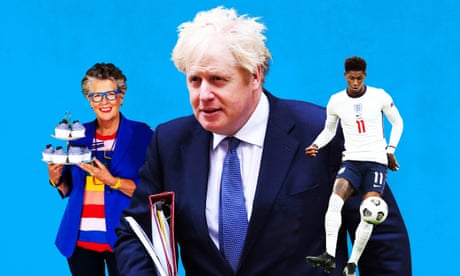 The Guardian Today newsletter: the headlines, the analysis, the debate – sent direct to you

“It was a sustained misogynist attack that went on not just for months, but years … poems were circulated about her, she was lampooned in the press. It got to the point where no-one wanted to defend her legacy.”

The suffragist Millicent Fawcett helped restore Wollstonecraft’s reputation, a century after her death in 1797 aged just 38, shortly after giving birth to her daughter Mary – the novelist Mary Shelley.

The unveiling follows a summer of debate about public sculpture and which historical figures deserve commemoration. Given more than 90% of public sculptures in London commemorate men, the case for more women is obvious.

Rowlatt said Wollstonecraft felt particularly timely. “To have finally a public work of art that celebrates human rights … it is a very public statement at a time of increasing societal division.”

Rowlatt said there was a time-honoured tradition of art by women attracting more criticism than men. “I think Maggi stands the test of time. People do catch up in the end.”

Hambling’s work, cast in silvered bronze, “encourages a visual conversation with the obstacles Wollstonecraft overcame”, the artist said. “The ideals she strived for, and what she made happen … a vital contemporary discourse for all that is still to be achieved.”

The Mary on the Green campaign has been supported by the local resident and TV presenter Anita Rani, who said Wollstonecraft was finally getting the recognition she deserved.

“She was someone who just never gave up, she always fought for others, she was a badass – and it cost her.”

The pandemic means there is no physical party for the unveiling but Rowlatt hopes Wollstonecraft fans from around the world will join a livestreamed premier of the launch film at 7pm on Tuesday, details of which are available online on Facebook and Twitter.